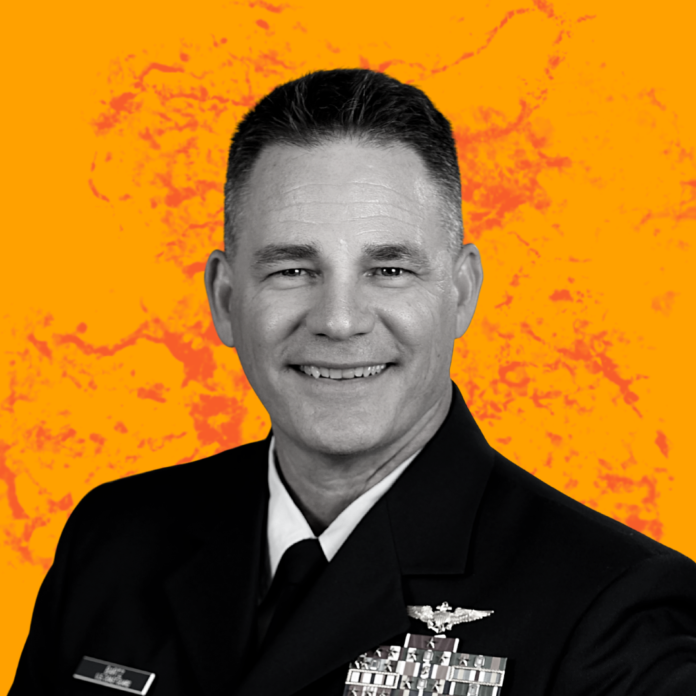 For a service that puts out fires across the world, there may not be a hotter initiative at the U.S. Coast Guard right now than tech modernization and cybersecurity. Rear Admiral Christopher A. Bartz currently serves as the U.S. Coast Guard’s Assistant Commandant for Command, Control, Communications, Computers and Information Technology (CG-6). In this capacity, he also serves as the Coast Guard’s Chief Information Officer at a crucial time of tech revolution for the USCG, including C5I infrastructure; cyber readiness; software, mobility, and cloud; data access to drive decision making; and cutter connectivity. Bartz is moving forward in this tech modernization and cybersecurity mission having served as the director of training and exercises at U.S. Cyber Command. There he developed joint training and readiness standards and orchestrated large-scale exercises for active duty and reserve cyber mission forces, partner nations, government agencies, and private industry.

Bartz has also served as the Coast Guard’s Chief Information Security Officer, where he established policies and procedures focused on enhancing cybersecurity in the Service. During his assignment as commanding officer of the Coast Guard’s Operation’s System Center, he led enterprise software development efforts for 55 enterprise applications and oversaw the Service’s data center operations. He also served as the chief of C4 and IT Capabilities, where he generated and managed information and technology requirements for afloat, aviation and shore-based assets.

A designated Coast Guard aviator and aeronautical engineer, Bartz received his wings in 1994 and accumulated over 3,300 hours of helicopter flight time. His operational assignments included Air Station North Bend, Oregon; Aviation Training Center Mobile, Alabama; Air Station Detroit, Michigan; and Air Station New Orleans, Louisiana. He is credited with over 120 search and rescue cases, resulting in 60 persons saved or assisted. As a member of the Polar Operations Division, he deployed aboard Coast Guard icebreakers to support operations in Antarctica and Alaska. During his career, he conducted law enforcement, drug and migrant interdiction operations, participated in the Coast Guard response to Hurricane Katrina, and supervised the aviation response following the tragic explosion aboard the Deepwater Horizon Mobile Drilling Unit in the Gulf of Mexico.

Bartz earned a Bachelor of Science degree in Marine Engineering and Naval Architecture from the Coast Guard Academy in 1990 and a Master of Science degree in Aerospace Engineering from the University of Alabama in 2002. He also received a certificate in Enterprise Architecture from the National Defense University. He is a certified DHS Level 3 Acquisition Program Manager and a Certified Information Systems Security Professional. His awards include the Legion of Merit (two awards), the Meritorious Service Medal (four awards), the Coast Guard Commendation Medal (three awards), as well as various other personal and unit awards.