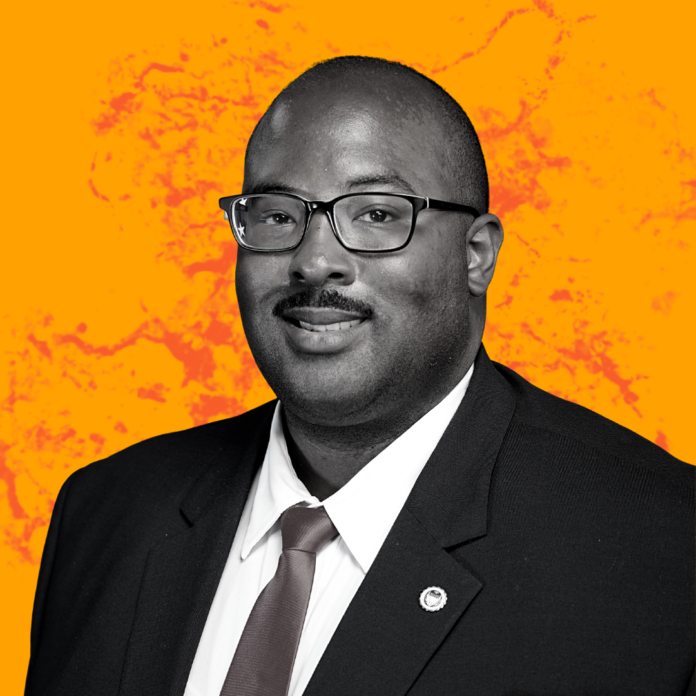 Marcus Coleman was sworn in as the new director of the DHS Center for Faith-Based Neighborhood Partnerships (DHS Partnerships Center) last year, and has been blazing a trail by utilizing his knowledge of the unique communities represented by houses of worship and faith-based organizations to shine a bright light on cooperative risk management and advance the department’s goals toward strengthening equity in emergency management.

The DHS Partnerships Center seeks to build bridges across the whole community and to help overcome coordination challenges among FBOs, emergency managers and other stakeholders engaging a broad cross-section of FBOs in all stages of the disaster cycle. The DHS Center serves as a clearinghouse for information, connecting and coordinating with FBOs allowing information to be shared in both directions, informing decision-making at DHS by elevating concerns, ground truth and local situational awareness while providing feedback, updates and guidance to the faith community. As director, Coleman leads the linkage of houses of worship, faith-based organizations and non-governmental organizations with DHS components to promote equitable access to resilience, preparedness, safety and security. “I’m excited to be part of the comprehensive effort of doing right and better by disaster survivors while also taking a systemic look at career opportunities, procurement and how we interact with people,” Coleman told his alma mater Howard University.

When Coleman began working for FEMA in 2010, he was a program manager for the Individual and Community Preparedness Division. There he worked to create partnerships that represented both the public and private sectors. He continued this work when he began working at the DHS Partnerships Center in 2013. During his time at the DHS Partnerships Center, Coleman supported more than 15 disaster activations and special mission responses. This included responding to hurricanes Harvey, Irma and Maria, the 2015 influx of unaccompanied migrant children, and post-incident national outreach and messaging after several active-shooter incidents. In 2016, he won a FEMA Administrator’s Award for the work he did to encourage collaboration between faith leaders and first responders. These efforts resulted in emergency operation plans that safeguarded houses of worship. His role extended beyond FEMA to coordination with federal interagency partners and DHS components.

Coleman’s portfolio of work includes co-developing FEMA’s guidance for Engaging Faith-based and Community Organizations: Planning Considerations for Emergency Managers and contributing to FEMA’s course on Religious and Cultural Literacy and Competency in Disasters. In his own community, he serves as advisory board member of the Institute for Diversity and Inclusion in Emergency Management, a board member for National Institute for Civil Discourse and Fair Chance DC and is a member of the Truman National Security Project.